Wasps confirmed the signing of the professional prop forward Paul Doran-Jones from their Premiership rivals Gloucester few days ago. 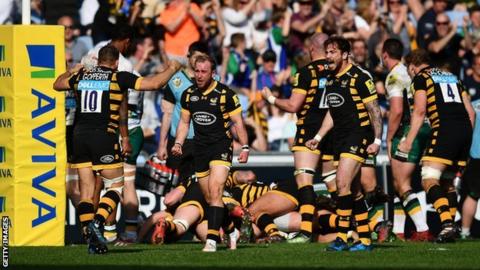 The ex-Gloucester prop forward, who is capable of playing both prop roles, joined for a third time, having also been with Wasps in 2008 and again briefly on loan last season.

The 32-year old, who won six caps for England in the year 2009, is a former schoolmate of Wasps, England and Lions flanker James Haskell.

“Having spent some time at the club on loan this year, I am hoping to link back up with them and working under Dai Young,” Doran said.

“During my time there, their set-up really impressed me. The club possesses a wonderful group of prop. It is a massive advantage to me, from a player who has not passed through the academy system.”

Doran didn’t fail to acknowledge some of the teams that had been his support and back bone all along the way, namely South Woodham, Colchester and Cambridge.

He also stated that any dream could be achieved as long as there was dedication accompanied by vibrant hard work.

They announced the new signing of Langley from Cambridge to support the new man, Paul and also to help minimize the effect of the departure of Tom Bristow.

Dai Young, Wasps director of rugby noted that Paul’s short time at the club last season while on loan had been quite impressive as he impacted a lot of positive values on their props through his experience and physical abilities.

Young also expressed how Paul has been a blessing to the club before and how desperately they wanted him before he joined them now to continue putting in his best.