Tom Coventry, the London Irish chief coach, suggests that the club is not at all falling apart as they confront three matches to avoid relegation from Premiership. Irish endured a 30-15 loss against Sale later on Saturday to leave them still 4 points afloat at the bottom. 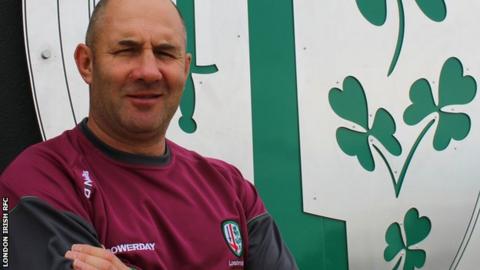 The Exiles confront fellow strugglers Newcastle away later in a match which might decide who goes down. Speaking to BBC Sport, Coventry said that things are not just going right for them at this point of time and they require everything to do that.

Questioned how he would prompt his players for the rest of the season, Coventry told that he knew that they have not been winning matches and people believe that the whole place is really poison and everything is falling apart, this is just not like that. To be very honest, they are a pretty good bunch to be involved with.

They are only working hard as a team that is probably struggling for confidence and form.
Two late attempts from Sale, who won at Madejski Stadium for the very first time since 2006’s October, took the match away from Ireland after they had battled back to 16-15, and refused them a losing bonus point.

Newcastle’s loss at Harlequins suggested that the gap between the two teams stays at 4 points ahead of their meeting at the Kingston Park on April 17.